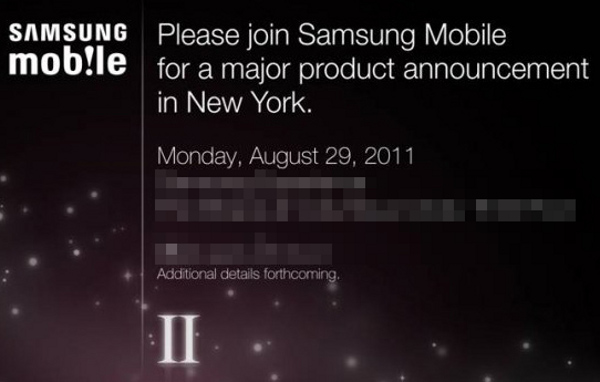 After looking at this press invite that Samsung just sent out for an evening event they have planned at the end of the month on August 29, I’d say we are finally going to hear what they have in mind for the Galaxy S II here in the states.  We’re guessing of course, since the invite doesn’t specifically say that, but the massive Roman numeral “II” certainly would suggest such things.