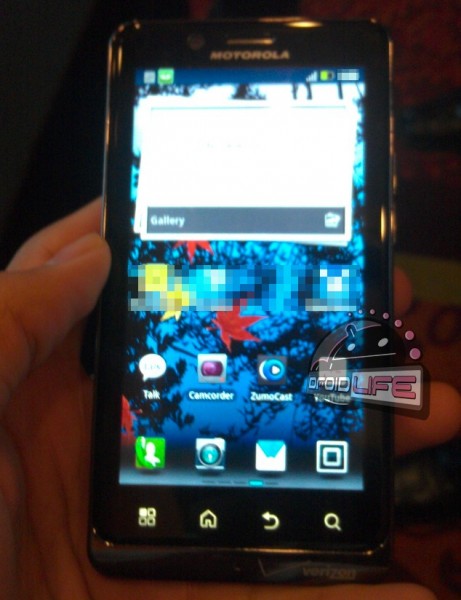 Please ignore all references made to a release of the DROID Bionic on August 4 over the last day or three.  If it shows up miraculously next Thursday, then by all means that’s awesome – we just won’t be putting our money on it or talking about that day unless Verizon announces it.  We had been hearing 9/1 from a variety of sources over the last two weeks and should have stuck with that date.  According to a report received today along with this photo, Motorola reps are telling VZW folks that they should expect the device in “early September.”

And on a related note, our homie mentioned that the device definitely has the same screen as the DROIDX2 and DROID3, but for whatever reason there was far less ghosting.  He also said that the device was way lighter and more responsive than expected.  We’re guessing that has to do with the extra RAM and that sleek new design?  Yeah, I’m drooling a little bit too.

Apologies for the flip-flopping on dates…both 8/4 and 9/1 are flying at us from all sorts of angles.  But I’d say you can probably put those benjamins back in your pockets for at least a few more weeks.