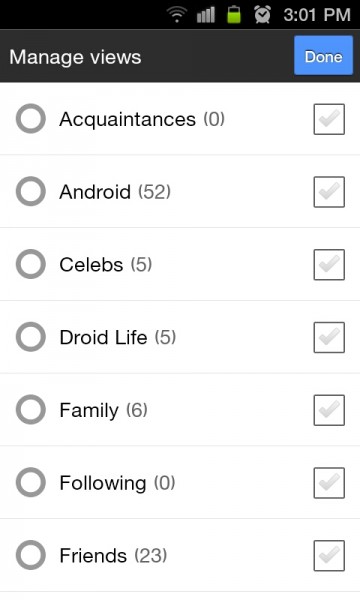 If you are one of the lucky 10 million members of Google+, you’ll want to jump into the market now and see if you have an update available.  You should.  The update is an experience enhancer really; nothing major, but a lot of stuff that needed to be done, like customizable streams.  The update also fixes some issues that people were having with Swype, changes the way invites to Huddles work, and adds some performance tweaks.