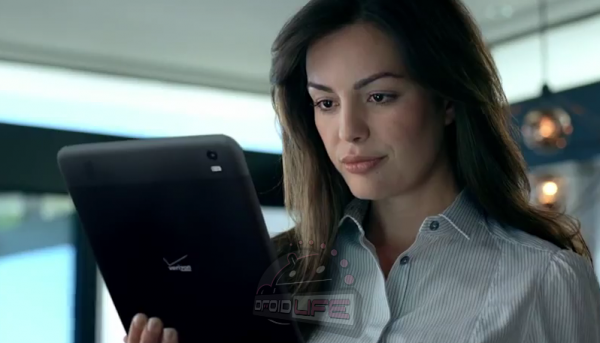 It’s definitely not a XOOM or the new Galaxy Tab 10.1, so what is it?  It very well could be nothing, and just a place holding device that would allow them to put together an ad without paying out to Motorola or Samsung?  Odd, really.  The Verizon coverage bar that they quickly show looks like something straight out of a iDevice, but it’s definitely running Honeycomb.  You guys tell me.

Update:  Oh!  And the video is now set to private…and I was an idiot and didn’t grab a screenshot of the front which clearly showed the Honeycomb lock screen and opening home screen.

Update 2:  It looks like a Motorola device.  Has an identical speaker to a XOOM, but the device is too upright to actually be it.  The camera is also different and the device lacks the Motorola “M” in the middle.  Again, this could just be some random place holder, but there are rumors of a new XOOM being worked on.  Kal-el here we come?  Ok, let’s not go that far.  Keep the  guesses coming!

Does Verizon have a new tablet to announce that it has been keeping from us?