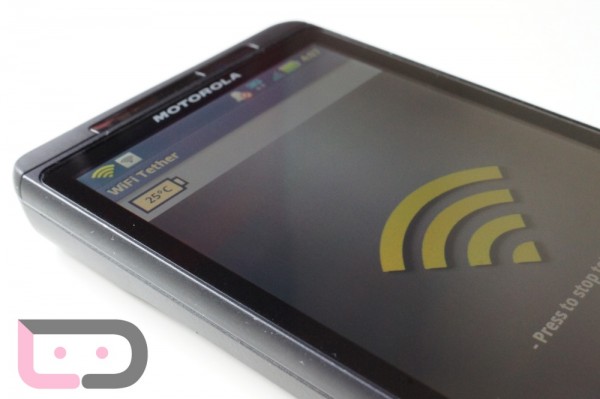 Oh baby.  The blocking of tethering apps by Verizon just got very real after a complaint was filed today through the FCC by Free Press which could potentially impact the future of LTE.  This has been one of those hot subjects around Droid Life over the last few weeks, so we couldn’t help but smile a little when we saw a group of this magnitude taking it straight to the top.

As you may recall, we first reported news that tethering apps had either been removed or purposefully blocked from being viewed and downloaded to Verizon devices.  The move wasn’t necessarily a surprise since we know that Verizon likes to force you into purchasing an additional mobile hotspot service on top of your data plan, but the move was bold.  And then just last week we noticed that even if you had managed to load up a third party app from outside the market to tether, that Verizon was blocking you from doing so.

People grew angry at this for a number of reasons – and the complaint filed today by Free Press pretty much touches on them all.

We pulled some points out to highlight the arguments they have given to the FCC over blocking tethering apps on LTE (which is where their arguments stands strongest):

I don’t know that I would get overly excited about this news just yet, but at the same time, we’ll all be wanting to pay close attention to how this unfolds.  I will say though that not only would a ruling to either side by the FCC change the way data is handled on Verizon, it would also likely change the entire smartphone industry in the U.S.

Some thoughts that come to my mind immediately are:

So, what do you guys think?