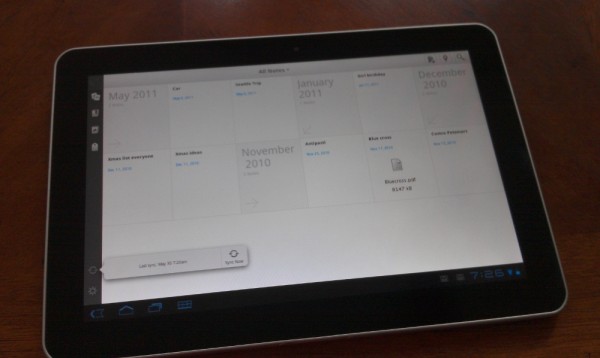 Back at Google I/O, a version of Evernote that was built specifically for Honeycomb and bigger screened devices was demoed, but was unfortunately without a firm release date.  Luckily for all of us, these app companies are starting to really use their forums as a place to test stuff and in the case of Evernote, have released a beta version of this new and impressive tablet version.  And while I’ve never really found a bunch of uses for this app like so many of you, I will say that the UI is very impressive.  If you are rockin’ one of the various Honeycomb tablets in the wild, this would be an app to check out.