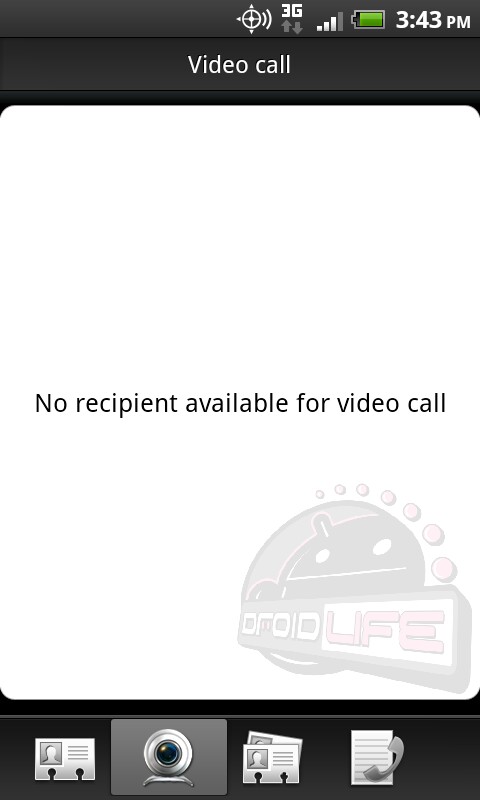 When the HTC Thunderbolt finally sees an official Android 2.3 (Gingerbread) update, it might have a new video chatting tab built into its People app.  As you can see from the screenshot above, the leaked GB definitely has the option to filter your contacts by those that have video chatting capabilities.  We were sort of expecting this built-in feature to come pre-loaded on the device along with Skype Video back at launch, but as we all know now, Skype has been delayed indefinitely and that never happened.

I did load up Fring on my device, just to see if this would be able to pull from that and appears to not work that way.  Could it have ties to Google Talk?  Maybe it is just waiting on Skype?  I have a feeling we will know in the very near future.