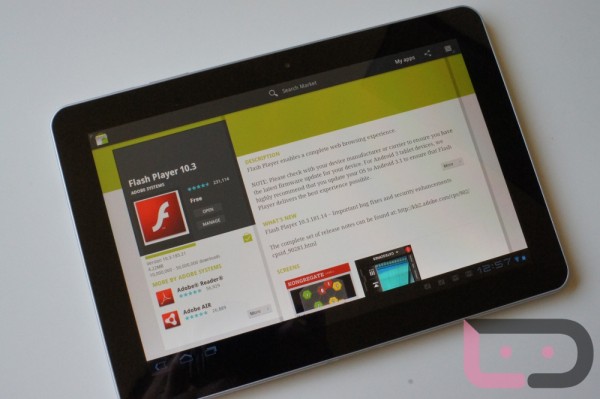 Just on the heels of news that Netflix decided to finally release an Android app, the Adobe team has stepped up and dropped Flash 10.3 on us.  We aren’t exactly sure what prompted this big jump from .2 to .3, but the market does says that “Important bug fixes and security enhancements” were included.  So nothing major up front or on the level as the update the other day which tipped us all to the release of Android 3.1.