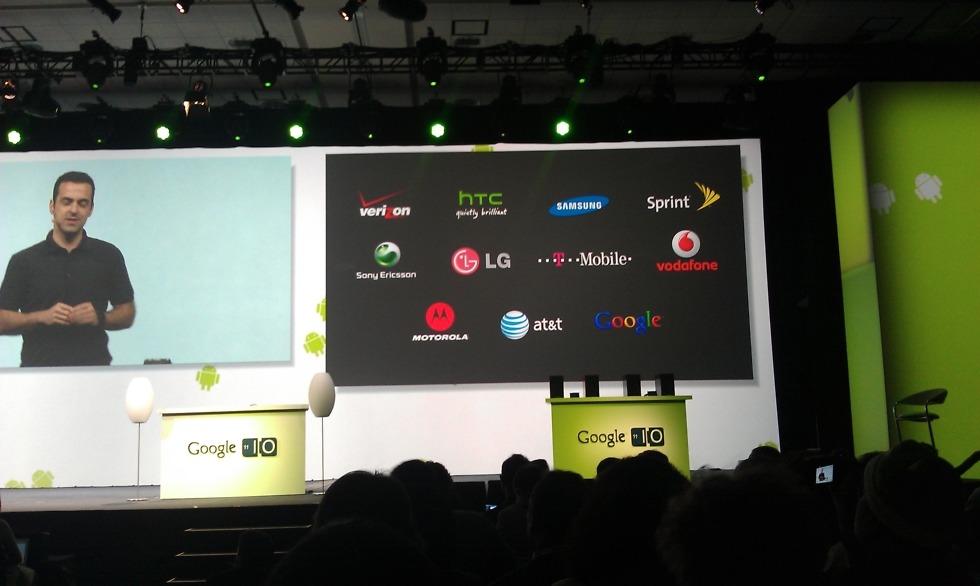 During today’s keynote at I/O, Google announced that it has formed a new team of industry players that will work together to find ways to update Android devices much quicker and to also provide support for them to help extend their lives (hopefully up to 18 months worth of updates).  Some of the key players that have signed on are Verizon, HTC, Samsung, Sprint, Sony Ericsson, LG, T-Mobile, Vodafone, Motorola and AT&T, which as you can see is pretty much everyone you would have hoped for.  You’ve got the 4 major phone manufacturers along with the 4 major carriers – now we’re just hoping they come up with a plan sooner rather than later.

Excited?  You all should be.

More on the keynote, check out the live blog we ran.