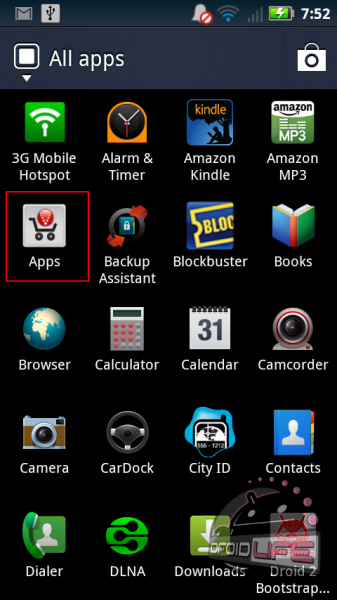 This shouldn’t really come as a surprise to anyone that’s owned a Verizon device over the last decade, but I believe this is one of the first times we’ve seen it appear on the DROIDX.  Yep, we’re talking about the VCAST appstore which has showed up in the newest 4.5.591 Gingerbread build for the DROIDX.  And to make matters worse, it’s looking like Verizon is trying a new technique to get customers to use their market – trickery.  Since all of their other VCAST apps get buried at the bottom app drawers, they’ve changed the name on their appstore by calling it “Apps” which as you can imagine, popped it right up to the top so that everyone will see it each time they open an app.  This will also confuse the hell out of novice users who wouldn’t know to look for something called the “Market” and will assume that this is where all of their “Apps” are. Sneaky, sneaky.

Anyone ever used the VCAST appstore?  More than once?