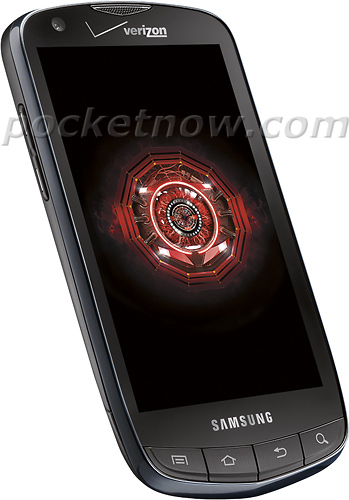 When we first reported the name DROID CHARGE, to the world, we were still waiting on one more thing to fully solidify this Samsung 4G LTE device as one of our new family members – it’s DROID red eye.  And now we have it thanks to the crew at PocketNow.  It’s looking a little shinier and a lot more detailed than those of some of the devices from the past which shouldn’t be that surprising especially after seeing the crazy boot animation on the Thunderbolt.  From this picture (assuming it’s the real deal), we’re also seeing that the shiny silver edge of the device might now be a charcoal or dark metal to better represent the brand.  A big “Thank you!” to whoever made that decision.