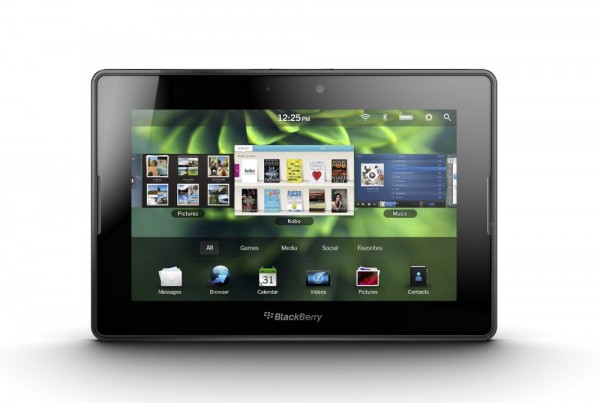 The BlackBerry PlayBook has been rumored (and proven) to have the ability to run Android apps for quite some time, but we were just waiting on RIM to confirm it.  Today, they did.  RIM plans on launching “app players” that will allow Android apps to run within, making this device instantly more desirable.  Everything will eventually be available in BlackBerry’s App World, including these Android apps which may come as a surprise to some of you.  How will that work?  Well, RIM claims that there is a “high degree of API compatibility” and porting apps over to be able to run on the PlayBook should be simple.

Hats off to RIM; talk about a great way to give the millions of Android users a reason to check out your new product.  While BlackBerry handsets are snoozing in the smartphone race these days, it’s hard to deny the impressive spec list and look of the PlayBook.  And priced at $499 for a 16GB model, who isn’t thinking about giving one a test drive?  With a dual-core processor, 1GB RAM, front (3MP) and rear (5MP) cameras, HDMI out, and Flash support, aren’t you at least a little interested now? 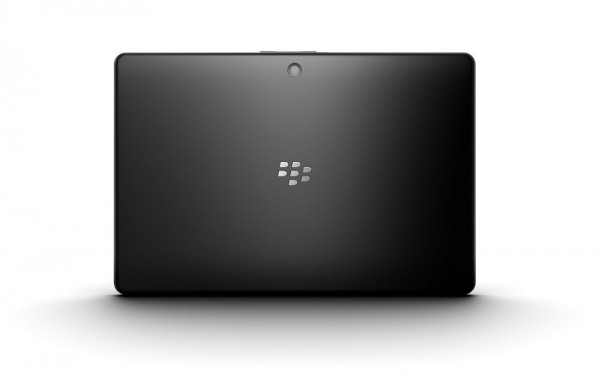 Waterloo, ON – Developers wanting to bring their new and existing apps to the highly anticipated BlackBerry® PlayBook™ tablet will soon have additional tools and options to enhance and expand their commercial opportunities. Research In Motion (RIM) (Nasdaq: RIMM; TSX: RIM) today announced plans to greatly expand the application ecosystem for the BlackBerry PlayBook. The BlackBerry PlayBook is scheduled to launch in the U.S. and Canada on April 19.

“The BlackBerry PlayBook is an amazing tablet. The power that we have embedded creates one of the most compelling app experiences available in a mobile computing device today,” said Mike Lazaridis, President and Co-CEO at Research In Motion. “The upcoming addition of BlackBerry Java and Android apps for the BlackBerry PlayBook on BlackBerry App World will provide our users with an even greater choice of apps and will also showcase the versatility of the platform.”

The BlackBerry PlayBook and BlackBerry Tablet OS are built on the QNX® Neutrino® microkernel architecture with a 1GHz dual core processor and a leading OpenGL solution, which allows RIM to make this incredibly broad platform support possible.

BlackBerry PlayBook users and developers who are interested in seeing the new app players for BlackBerry Java and Android apps can see demos at BlackBerry World in Orlando, Florida (May 3 to 5, 2011) (www.blackberryworld.com).

Other features of the BlackBerry Tablet OS NDK will allow developers to:

“The response to the BlackBerry PlayBook from the developer community has been exceptional. Our commitment to supporting HTML5 and Adobe AIR development has resonated and spurred developers to create fun and innovative applications for BlackBerry PlayBook users,” said David Yach, Chief Technology Officer, Software at Research In Motion. “The upcoming BlackBerry Tablet OS NDK beta will add C/C++ tools to our repertoire and gives developers one of the broadest and deepest platforms to develop on.”

The Ideaworks Labs Airplay SDK is expected to include support for the BlackBerry Tablet OS soon, making it easy for publishers and developers to use their existing code to bring their games and apps to the BlackBerry PlayBook.

“Supporting a new OS can be a challenge for developers,” says Alex Caccia, President of Ideaworks Labs, “however, integration of the BlackBerry Tablet OS with the Airplay SDK makes this a non-issue. We think this is a far-sighted move by RIM: the BlackBerry PlayBook is a great device for games and applications, and combining this with content distribution via BlackBerry App World brings an exciting new ecosystem for developers.”

RIM has also been working closely with Unity Technologies, providers of the highly popular, multi-platform Unity development platform and Union, the firm’s games distribution service.  Through Union, dozens of high-quality Unity-authored games are slated to make their way to BlackBerry App World for the BlackBerry Playbook.
“With a sharp focus on the multimedia experience, very powerful hardware, and fantastic games in the pipeline, the BlackBerry Playbook has all the right ingredients to be a mainstream hit,” said Brett Seyler, GM of Union at Unity Technologies. “Through Union, Unity developers have an opportunity to reach a new audience and grow with another great new platform.”

About Research In Motion
Research In Motion (RIM), a global leader in wireless innovation, revolutionized the mobile industry with the introduction of the BlackBerry® solution in 1999. Today, BlackBerry products and services are used by millions of customers around the world to stay connected to the people and content that matter most throughout their day. Founded in 1984 and based in Waterloo, Ontario, RIM operates offices in North America, Europe, Asia Pacific and Latin America. RIM is listed on the NASDAQ Stock Market (NASDAQ: RIMM) and the Toronto Stock Exchange (TSX: RIM). For more information, visit www.rim.com or www.blackberry.com.