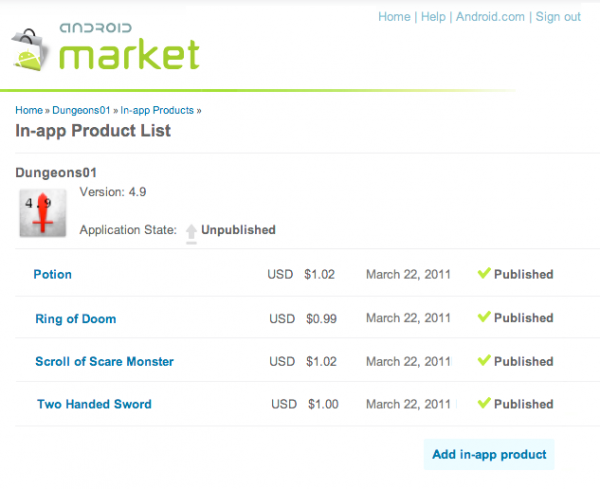 In-app billing will go live next week on Android and developers can start testing the service on their apps now.  What is in-app billing?  A new feature that developers can build into apps that will allow users to purchase things like virtual goods or even upgrade the app they are using from a lite to full version.  The big thing here, is that developers will have additional income streams which hopefully means we’ll see better and better apps (or more apps for that matter).  It also means that apps will have fun little add-ons for all of us to tinker with.

Not exactly sure how payments will work, but the Android team did mention that this new process will use “familiar forms of payment” which we’re thinking probably means Google Checkout.  Although, adding a credit card might also be an option, which is fine as long as an app is up to security standards.