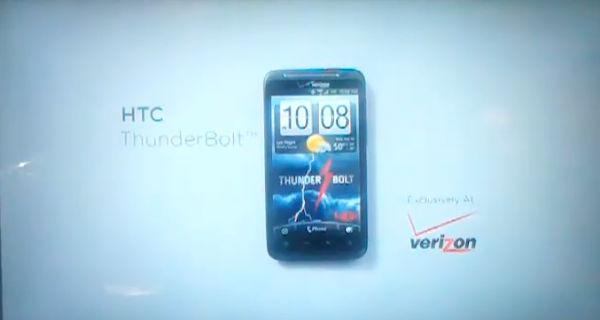 If you’ve watched even 10 minutes worth of television over the last couple of days, then you probably saw the new HTC Thunderbolt ad that’s been running like crazy.  And we’re not talking about either of those Verizon spots that were pulled like the lightning countdown or rooftop shocker; we’re talking about the new ad that’s actually from HTC.  It doesn’t include a release date or anything that could help start up the HYPEBEAST again, but it does have us thinking the phone is closer than ever…for real this time.  HTC has been pretty quiet on the Thunderbolt since CES, so by airing this ad over and over again, we’re hoping this means we’ll see it next week on the 10th.

Oh, and did you miss our TBolt rumor of the day from yesterday?  Apparently, shipments of the phone will be arriving in stores Sunday-Monday.  We’ll see!