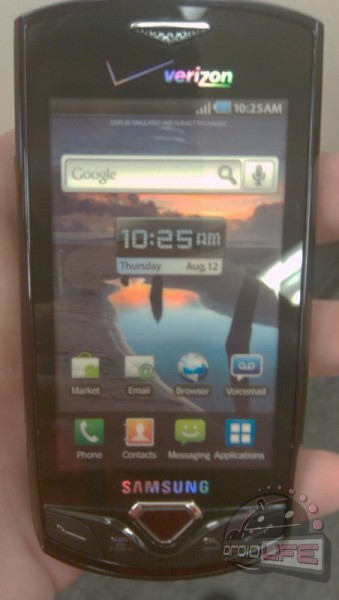 Hey look!  It’s a cute little Samsung Gem and it just showed up in a Verizon store.  This device made its first appearance long ago (like September) and many just assumed that it had been completely cancelled by now.  Well, I guess it’s back and ready for launch.  And that’s all we’re going to say about a device that misses the minimum spec list on just about anything important in the land of Android.