We had been hearing all day from a variety of sources that February 21 had popped up as a possibility for the HTC Thunderbolt to hit stores and then this screenshot from a Best Buy system appeared up over at Android Forums adding to that idea.  At this point, I almost don’t care anymore and seriously cringe every time a screenshot like this pops up, but also don’t want you guys to be surprised if one of these dates ends up sticking.

We’re continuing to stand by our original date of February 24th, although you have to admit that launching both the TBolt and XOOM on that day seems like a little much.  Again, this is just silly talk at this point and we should know some time this week…maybe. 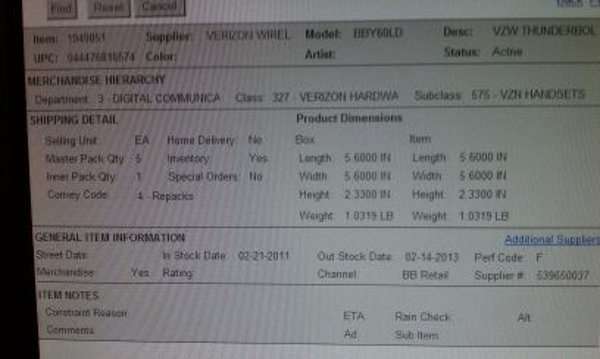