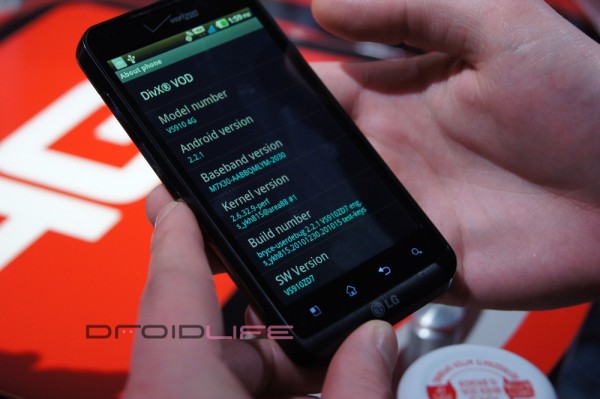 The current setup for Verizon’s 4G LTE network lets users make calls on 3G and use data on 4G, but all that is about to change.  Big Red, according to reports, is readying a demo for next week at MWC using the LG Revolution that will show off Voice Over LTE (VoLTE) for the first time.  VoLTE will allow 4G phones to finally make calls and conduct video chats over the “web” which should results in higher quality conversations.  This technology is essentially the future of cell networks.

And since the Revolution will be the demo unit, it’s expected to be the first 4G LTE device to utilize the technology and should be available some time in the first half of this year.  We got our hands on it at CES and thought it was a solid device, but without a Tegra 2 powering it, it’s hard to think that many will skip the BIONIC for it.