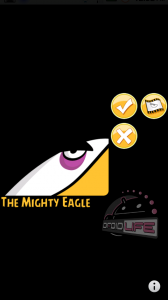 The Angry Birds update that was released on Friday night might have introduced a new western episode plus 30 new levels, but some of the images one of our readers found are the real story here.  After cruising around the guts of the app, we can see that the Mighty Eagle is locked inside alongside a special Rio golden egg.  We know that a secret Rio level will be unlocked with a code shown at the Super Bowl today, so this has to be how they’ll do it.  The Mighty Eagle on the other hand, is the level skipping add-on that is not yet available on Android, but is on other platforms.  Does this mean that in-app purchases will allow the Eagle the fly sooner than we thought?  Maybe.  Of course, this all could mean nothing since we’re seeing icons for Nokia’s Ovi Store, and the Mighty Eagle pics could have to do with that.

Another interesting note, is the fact that all of the files are dated February 11.  We’ll let you decide what that means.