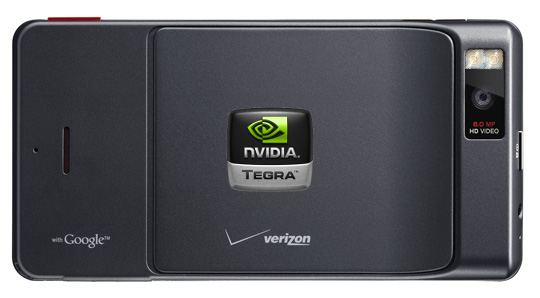 Last week, our sources tipped us to the proposed roadmap for the DROID brand for the first half of 2011 and it included the new version of the DROID X, which we’ve been told will simply be called the DROID X2.  A couple of days later, we were also told that the device would end up having a Tegra 2 dual-core clocked at 1GHz, could be out by May and will not a 4G LTE device.  Actually, that was the second time we had been told it would not be 4G.

And today, a report dropped out of HotHardware confirming all of this, well except for the 4G part.  According to their sources, the DROID X2 is currently floating around VZW or Moto headquarters as the “Daytona” and will indeed have a dual-core processor, new qHD screen, and the same battery as the original DX.  They aren’t willing to completely drop the 4G tag from it yet, but we’re pretty sure you can forget about those speeds on this phone.  The device will also have the same HDMI-out, micro-USB, and 8MP camera.

Time to start digging around for Motorola Daytona references.

Via:  Android and Me
Source:  HotHardware