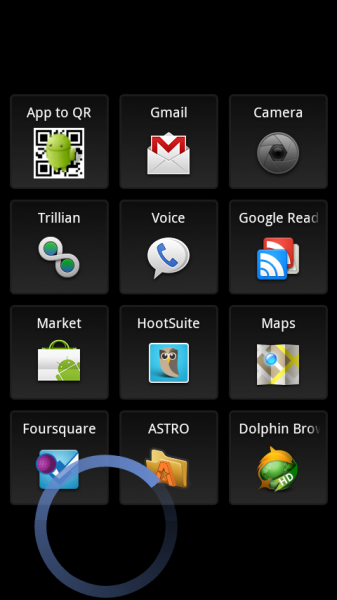 We were all over CircleLauncher this weekend, but may have just been introduced to an app equally as impressive called Swipepad beta.  This app is free in the market, only you should be forced to pay at least a $1 for it because it’s that amazing.  Swipepad allows you to set up 12 of your favorite apps or tasks and access them from anywhere using a simple swiping gesture.  As you can see from the screenshots above and the video below, the menu of apps can be pulled up from within another app, task, or screen before allowing you to jump into something else.  A fantastic app.

Video demo and QR after the break.