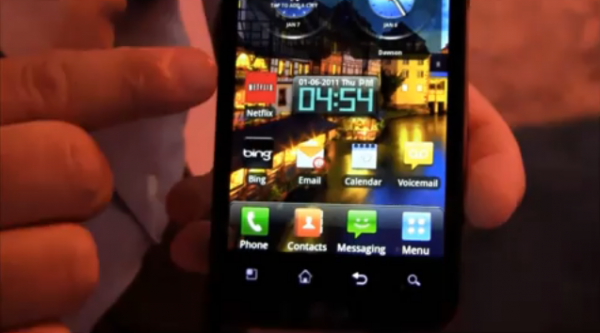 We went hands-on with the LG Revolution yesterday only the device we used, didn’t have this.  In fact, the device we played with was almost like stock Froyo, so I don’t know where this skinned version came from.  The point though, is that the Netflix Android app was apparently loaded up on some of the LG devices at Verizon’s 4G LTE event and Unwired View had a rep that wanted to actually talk about it.  So it must be coming right?  Check the video after the break.