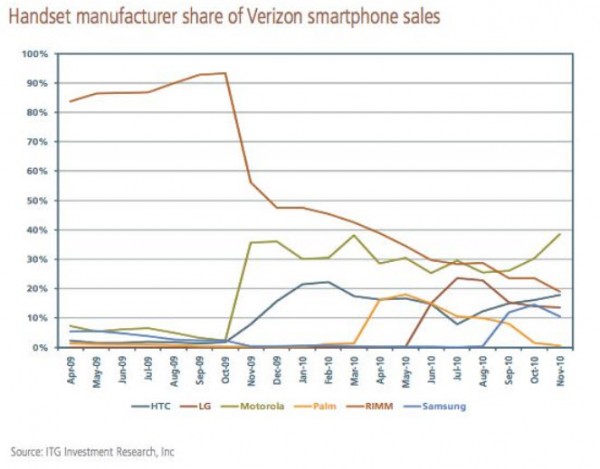 Whoa.  We knew that the Droid brand had swooped in to steal smartphone market share from just about everyone including RIM and their Blackberry line, but that chart above puts it on a whole other level.  With the introduction of the original Droid and the Eris in October of 2009 on Verizon, you can see when the beginning of the end got its jump start for RIM.  And throughout the rest of the year, we saw 5 more “DROID” phones plus a handful of other Android devices land on Big Red that all seem to be the choice for future smart phone goers.  While Motorola has already jumped well beyond everyone in terms of overall numbers, Samsung, LG, and HTC will surely overtake RIM as well once 4G LTE devices become available.

The rest of the numbers after the jump.

Via:  All Things D