Those of you that purchased a Droid 2 Global or Droid Pro thinking that it would run on AT&T’s network may be a little disappointed to find out that Verizon has quietly blocked it.  The hardware of both phones appears to support AT&T’s 850 and 1900 GSM bands, but their may be firmware that is restricting access to them.  While I can’t imagine too many people would be surprised by this, it is something to be aware of if you were hoping for some reason to play around on AT&T’s not-so-amazing network.  The good news, is that you’ll be fine in the rest of the world and with Verizon’s coverage almost everywhere here in the states, life will go on.

After the break we have shots showing that both phones should technically work on AT&T’s network, plus a map of the few other countries you may struggle with. 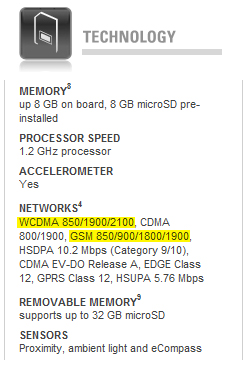 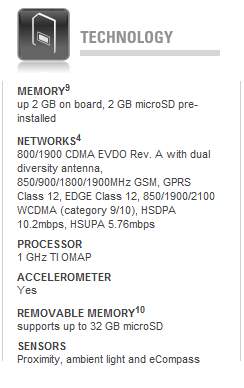 Update:  It appears to be working in other countries.  We’ve received confirmation of a D2G working just fine in Chile.

Oh, you may also want to pay attention to this XDA thread, as someone is already working on a fix.

Cheers Shivan for all the images and info!