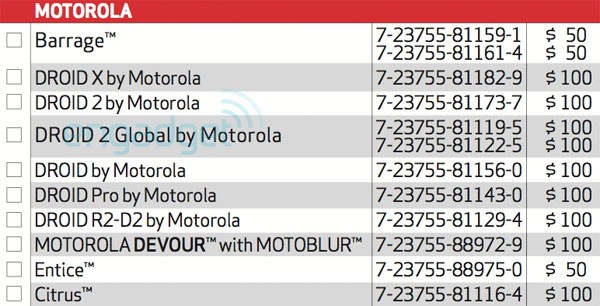 Two versions of the Droid 2 Global headed to Big Red on November 11th?  That’s what Verizon’s rebate system says which leads us to believe it will launch with both white and blue versions.  Not everyone is a fan of white phones, so giving them an option for the blue look of the original D2 is a smart idea.  Of course this could also mean that a camera-less D2 Global is on the way to sit alongside the Droid Pro.  I guess we’ll know in 2 weeks.