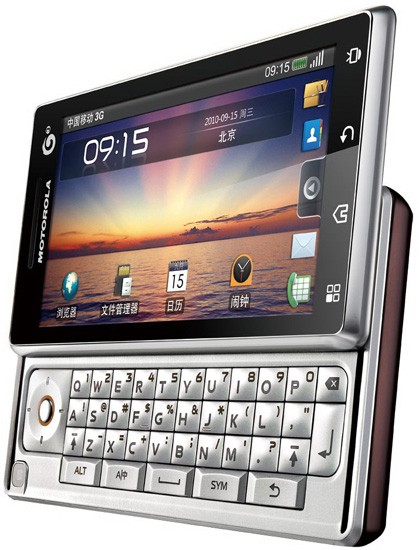 Check out Motorola’s new MT716, the phone that looks similar to the Droid and Droid 2, but has even better specs in some key areas.  This new Moto device features an 8MP camera with dual LED flash, takes 720P video, 512MB RAM, a top notch keyboard with a useful trackpad, and a front facing camera.  Sure it only hums along at 600MHz, but with the amount of RAM, 2 cameras and the Cliq’s keyboard, this phone has us drooling over the thought of it with the “Droid” tag on Verizon’s network.

I should probably mention the fact that it’s a Chinese phone though and runs some sort of custom Android OS port called “Ophone”.  Still, how can you deny the awesomeness that is the MT716?  Who wants to buy one and hack the heck out of it?