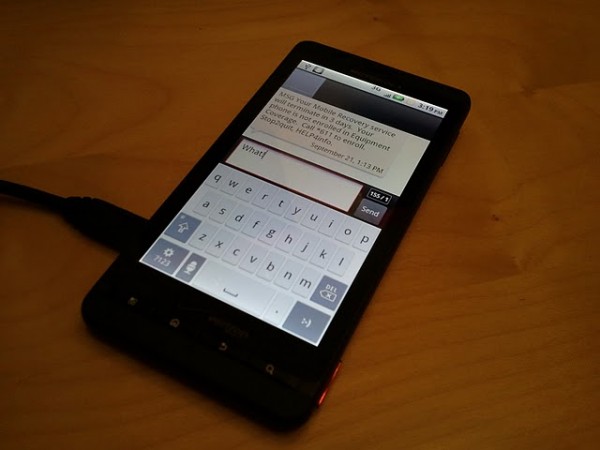 There is a known text messaging issue with the Droid X running official Android 2.2 that Motorola is apparently aware of and already working on.  According to their forums manager, their dev team has realized that an actual software upgrade is the only way to fix the problem.

Most right now are reporting that the issue has to do with text messages appearing out of order, but from my early experience with the leaked 2.2 and after talking with one of our readers, the problem is actually in the date and time settings of the phone.  Messages aren’t appearing out of order, but are showing with a 4 hour time difference to when you actually received the message.

What’s funny about this issue, is I ran into so long ago and was unable to find a fix.  At the time, I had a pretty good idea that the OS was to blame, but figured it was a big enough problem that it would have been ironed out in the official version.  Apparently I was wrong and should have made a bigger deal out of it.

It should be noted that the problem is found in the native text app, Chomp and Handcent so there is really no work around at this time.

Anyone experiencing this issue?