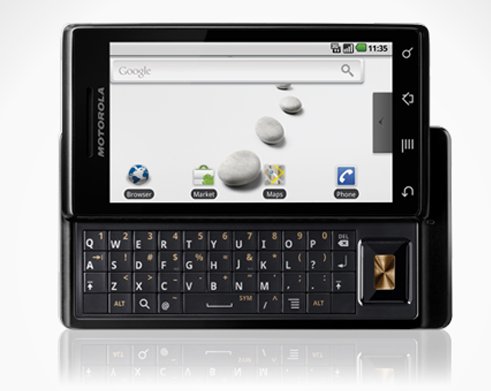 Just received a hot little tip that the Motorola Milestone should be hitting Alltel Wireless next Thursday, September 23.  And I know what you are thinking, “What? Why now?”  Same questions I asked and all I really can say is that a dying phone is meeting a dying carrier.  Match made in heaven?  (Cheap shots on a Saturday morning!)

What I’m wondering is if AT&T will absorb the Milestone into its Android lineup once it completes its takeover of certain Alltel areas?  Interesting.  And no this is not the Milestone 2.

Update:  Alltel is not dead (yet) for those asking.  Verizon bought them, had to leave some of the stores open as “Alltel” and then was forced to sell them off to AT&T.  Those remaining stores will be AT&T in January.  Until then, still Alltel.

Update 2:  Here is a shot showing that the official Milestone page at Alltel’s site is up, but currently redirecting.  And you all said Alltel was dead. 🙂  (Cheers @andrewcweaver!)

Update 3:  If you plug in zip code 59505 you can get to the Milestone page through this link which still just says “coming soon”…

Anyone an Alltel customer?  I think your option is the HTC Hero at this point, so would this interest you?