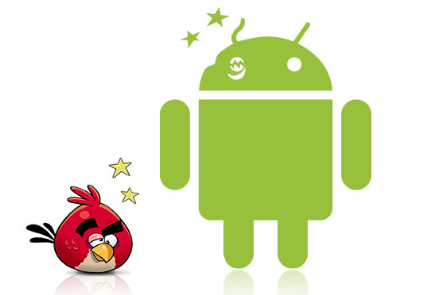 You have to admit that this gaming craze sweeping the Android nation has been pretty exciting to watch.  Angry Birds and Fruit Ninja are everywhere!  Today, both received some minor updates, but being two of the most popular games in Android history after a few short days/weeks, figured you might want to know.

The Angry Birds update simply takes it to “beta 2” and as far as we can tell is just a bug fixer.  There are no additional levels, no “white eagle”, and a reminder from Rovio that his is just a “beta.”  The full version of the game is still at least a week away, so just be patient and enjoy what we’ve got.

Fruit Ninja on the other hand now allows for SD card storage!  Good news for those application hogs who don’t have build in gig’s of storage.  And on a related note, Fruit Ninja and some of the other games from OpenFeint have climbed the charts in the paid apps section.  Definitely a good sign, and proof that Android users are quite as cheap as many proclaim.