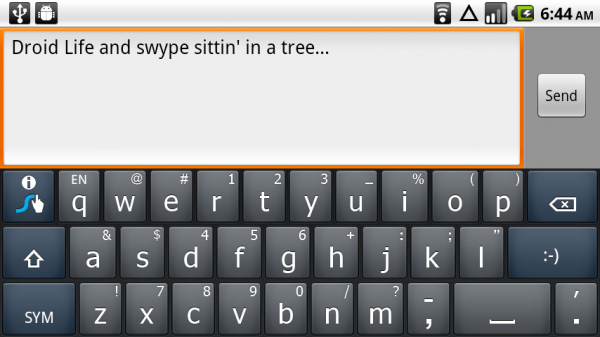 If you are a part of the Swype beta then there is a new version available for you to upgrade to today.  To get it, you have to have been a registered tester in their program, meaning you need an email and login in order for it to work correctly.  They suggest that you uninstall your old version including the installer and then download the new version from your phone here.