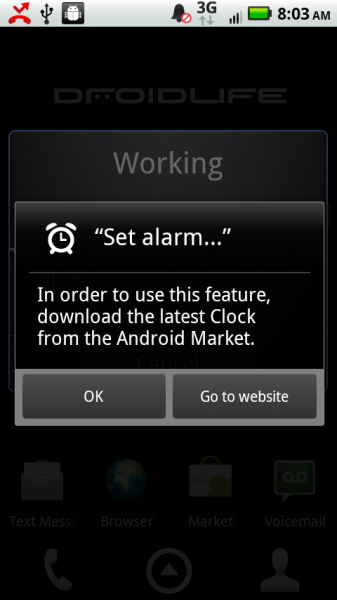 When Google announced “Voice Actions” for Froyo, there was one in particular which they advertised but appeared not to work correctly for, well, everyone.  Luckily for us all, the G2 leaked system build keeps pumping out awesome updates to our favorite apps including a “set alarm…” voice action that had previously not been available.  As you can see from the screenies above, the one on the left is the old version, with the right screenie showing it working flawlessly.

Install as you would any other application, just make sure you have Android 2.2.