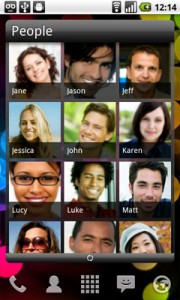 By now almost all of you have tried or at least heard of LauncherPro.  And when I say “all” I’m talking about the over 250,000 of you who downloaded it.  This is the home replacement app that essentially took the Android world by storm when the developer behind it created something similar to the Launcher 2 which at one time was only available and workable on the Nexus One.  LauncherPro, most would argue, is faster and more efficient than any other launcher on the planet.

Today, the developer (Fede Carnales) has released a paid version which now includes a contact widget similar to the one from HTC’s SenseUI.  In the future, he plans on adding more…

So where can you get this app?  It is currently not in the market since Fede lives in a country that will not allow for paid apps to be sold.  You can however, buy it straight from his site.  The opening price is $2.99, but once he adds the rest of the widgets listed above, the price will start going up, so get in now and support one of the top devs in Android!

Check out the LauncherPro site to purchase via Paypal now.