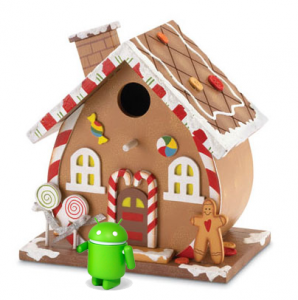 Mobile-review.com’s Eldar Murtazin went off in a recent podcast on the subject of the next Android release we are expecting by the holidays, Gingerbread.  Normally we love to hear rumors about the next big upgrade, but these details have our split our hearts down the middle in more ways than one.  This news will scare the hell out of Motorola Droid 1 users and bring great joy to owners of the Droid Incredible…

Basically we’ve got higher end devices moving forward onto some amazing things while every other device prior to the Incredible will be pushed aside and stuck with Froyo.  Of course, we can still expect more updates to Android 2.2, but the fragmentation created between 3.0 and 2.0 devices will be dramatic.  Just what Android needed right?  More fragmentation.

Update: As many of you have pointed out, who the heck is Eldar Murtazin and why is he any sort of authority on Android releases?  And are we even sure Gingerbread will be 3.0?  Questions which will likely go unanswered until we hear from Google.

One thing I will say to those of you still holding a Droid 1, Verizon does offer 1 year upgrades, so you’ll be able to pick up one of these 3.0 devices as an X-mas present to yourself.