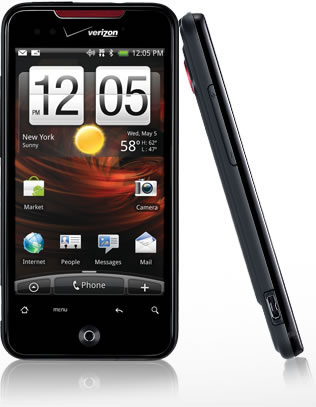 UK tech site Recombu recently reached out to HTC to check on the status of Froyo for their newer lineup of devices and actually received a pretty favorable response.  It sounds like early Q3 which could mean as early as Thursday!  OK, that’s not likely, but they did say “beginning of Q3” which should have you at least a little excited…

“We are working hard with our partners to update the HTC Sense experience on Froyo and distribute it to our customers as fast as possible. We expect to release updates for several of our 2010 models including Desire, Legend and Wildfire beginning in Q3.”

OK, so here is the problem.  While our sources, along with various Verizon spokespersons, have all confirmed that the Droid Incredible is by no means on the way out, HTC still failed to even mention the device.  But before we dig too deeply into this painful omission, it should be noted that the 3 devices they have listed are all European devices which would make sense, especially since the site requesting info is Euro-based.  They also said “several” meaning the Incredible was probably not specifically asked about, but will likely be included.  (How could they not?)  And I just had a full on argument with myself in the middle of a post. Wow.

Enough on this conspiracy already…we’ll assume that they plan on updating our Droid family member in the next month.  Right?  Don’t say we didn’t warn you though.