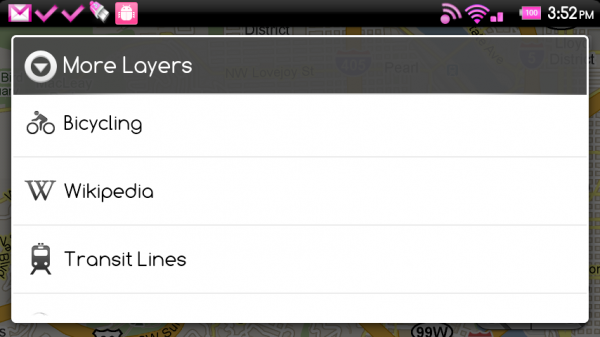 See that screenie?  That’s my JRummy Kangeraded Froyo Droid running the new Google Maps 4.3 which was released earlier today.  Reader scrizzo just sent over a set of instructions I had yet to try that worked like butter.  Seriously, I had tried the adb shell instructions out there, the .xml file update method, and couple of others with zero success.  And then I received this magic…

*Note 1* – If you don’t have Terminal Emulator, download it from the market.

1. Open Terminal Emulator and type in the follow commands:

For all other ROMs:

2. You can now attempt to install the Google Maps update.
3. If it fails the first time, just cancel the download and try again.  If it fails again, reboot and try.
4. Done!

If this set of instructions still doesn’t work for you, please drop the name and version of the ROM you have in the comments.  Maybe we can pinpoint which methods are working for different ROMs.