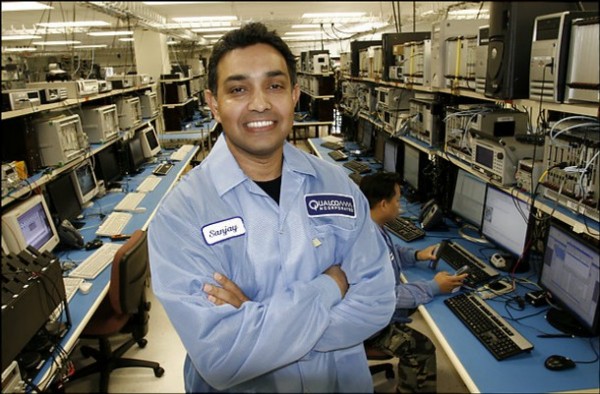 Someone needs to write a song about Motorola Shadow rumors because we get a new one from a new publication almost every day.  The most recent, from the Wall Street Journal, pegs July as the month we’ll see the Motorola Shadow and quite possibly the Droid 2 alongside it.  (What?!?)

Now, this may be sinful to call out the WSJ, but Motorola CEO Sanjay Jha didn’t actually say July.  They pointed this out later in the article…

“We will introduce new Droid products in the Verizon franchise,” he said, but didn’t provide more details.

I think I’ll continue to stick to our Father’s Day prediction for now.

On a side note, you’ll be excited to hear what Jha had to say about Android 2.2 and Flash on Motorola Devices…

You’ve got to be precise. So 2.0 which is what Droid was, 2.0 to 2.1 I didn’t think there was a big change. 2.1 to 2.2, which was announced at Google I/O, I think there are some pretty important things there. But you’ll see us being very aggressive in introducing 2.2 product. After that, as I understand it, I think Google will decide. But I think there’s a 3.0 or a 2.5. I think that will be a fairly big rev. So 2.0 to 2.1 wasn’t a big thing. 2.2 I think you will see we will introduce flash, which I think is very important for Internet. Some don’t, I understand…I think if you could play flash 10.1, you could render 98% of the content of the web. That’s why it’s important I think.