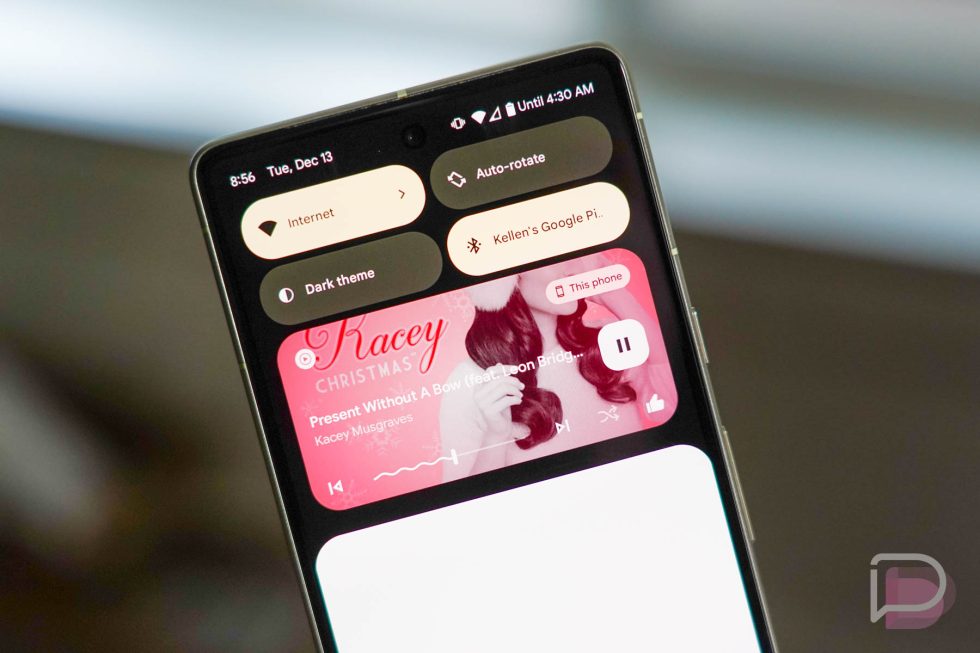 As a part of Android 13, Google expanded device support for the audio output switcher that you see pop-up when you try and change currently playing media from your phone to another device. This week, folks are finally starting to see this expansion through YouTube Music (and maybe YouTube too), making it easier than ever to send your tunes to all of the devices throughout your house.

Before Android 13, this switcher was basically limited to local devices, like your current phone or a connected Bluetooth device. So when you tapped on the device output switcher in an ongoing audio notification, your list of options to send audio to was always short. With so many Cast-equipped devices potentially nearby, the lack of Cast support felt like a big missing idea. Now that Android 13 has been around for a while, Google is changing this first through YouTube apps, like YouTube Music (via @MishaalRahman).

Now, assuming you have a device on Android 13 and with access to this switcher through YouTube Music, you’ll tap on the device switcher button in your notification area, then experience a pop-up that should list all of your available devices. As you can see in the shot below, mine is now displaying all of the devices that can receive a Cast, from Nest Hub displays to Google Home speakers. To be clear, I’m talking about the “This Phone” button you can see in the image at the top of this post, within the ongoing YouTube Music notification. 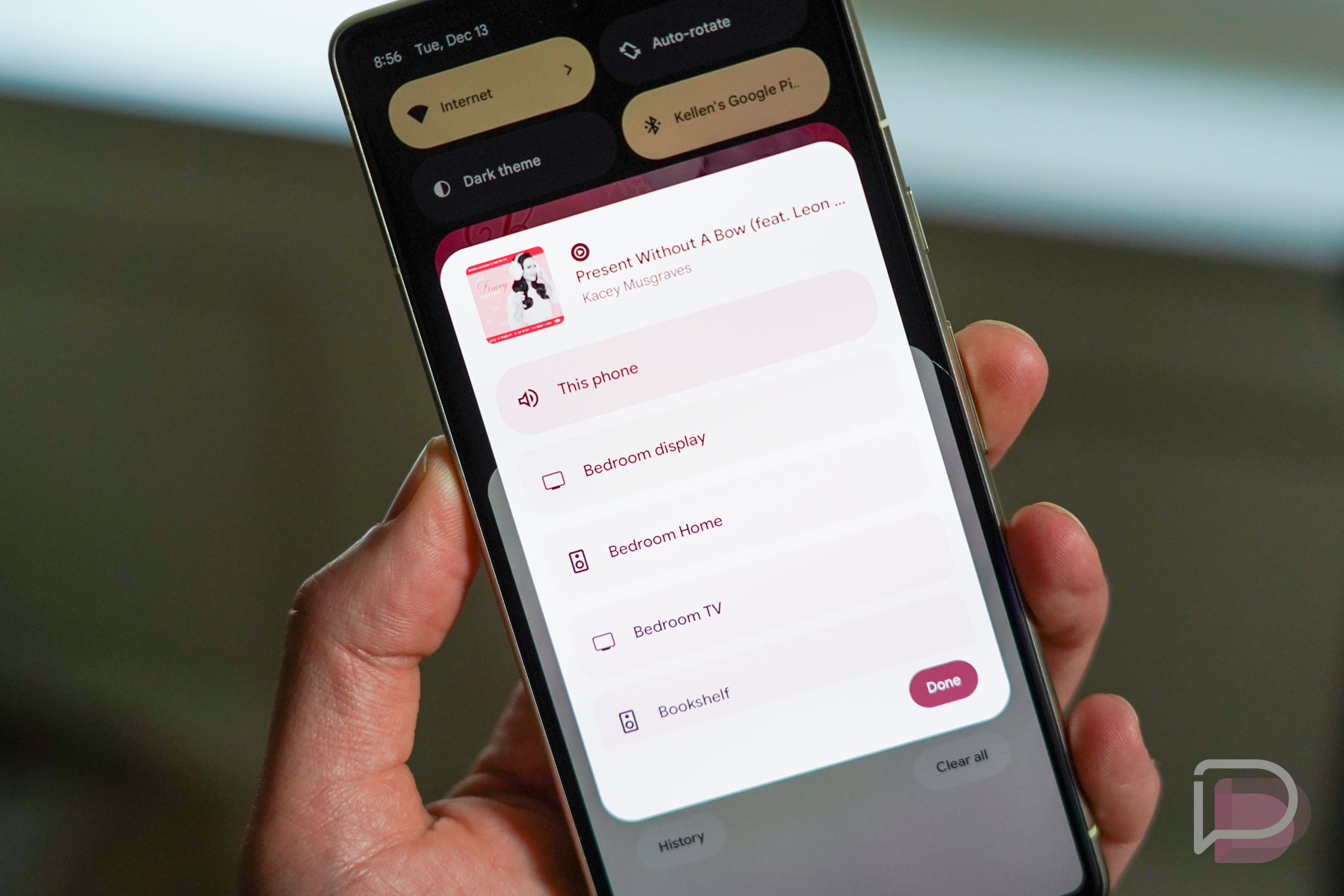 Why is this so important to point out? If you have a house full of Cast targets or often Cast audio or video to places, you know that it can be a pain to have to fully open an app in order to find the Cast button first. With this change (or added support), you can change Cast devices without even unlocking your phone – you can do this right from the lock screen.

Unfortunately, app developers have to build this in to their apps in order for it to work. In other words, no, it doesn’t work on Spotify when it lives in your notification shade and you are playing “Your Top Songs 2022” list. For now we are only seeing this in YouTube Music, while some are claiming it’s in the regular YouTube app as well.

Everyone seeing this? If not, update below.