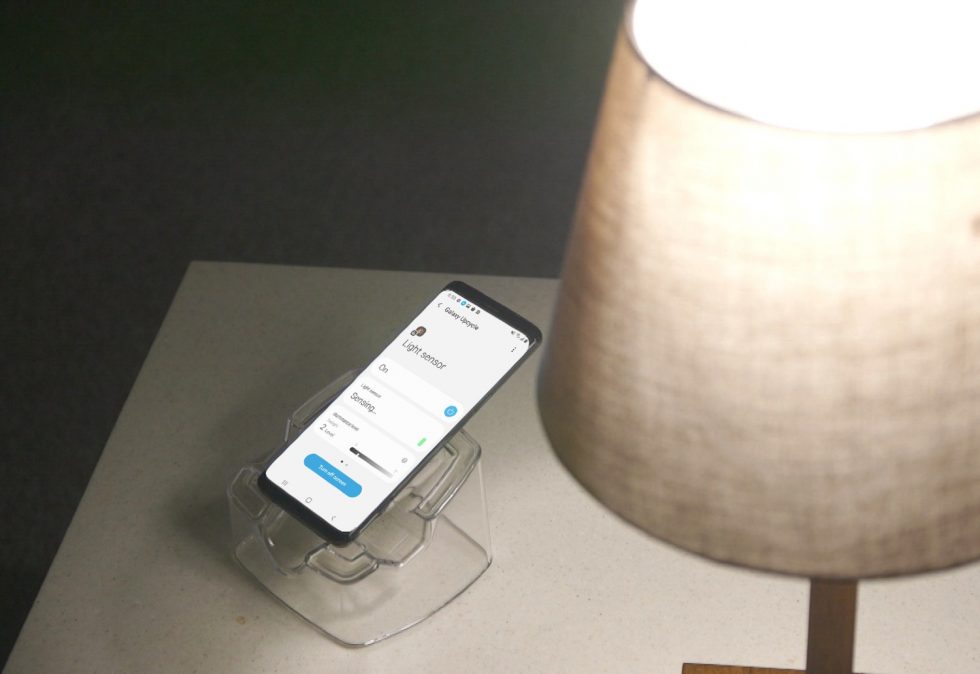 Samsung announced this week a new Galaxy Upcycling service for older Galaxy devices, starting with Galaxy S, Galaxy Note, and Galaxy Z series devices dating back to 2018. When enrolled, your old phone turns into a light and sound sensing smart home device, perfect for automatically turning on smart lights and detecting certain sounds for you to be notified about.

The way it works is incredibly simple. Should you own a supported device, open up the SmartThings app on your Galaxy phone and then head into SmartThings Labs. From here, you’ll enroll your device and then the service essentially repurposes the device’s sensors into ones designed for detecting light and sound.

Using an improved AI solution, Galaxy devices can more accurately distinguish sounds in everyday surroundings, and users can choose to save certain sound recordings. For example, if the device detects sounds such as a baby crying, dog barking, cat meowing, or a knock, it will send an alert directly to the user’s smartphone and the user can listen to the recorded sound.

Devices can also be used as a light sensor to measure the brightness level of the room. Users can easily set the device to automatically turn on the lights or the TV through SmartThings if the room becomes darker than the preset standard of light.

Due to the continuous draw of power necessary, Samsung details that it has these features with “battery optimization solutions” to help minimize battery usage. However, you’ll likely want to keep your new smart home sensor near an outlet, just in case. Samsung also says that the phones will be able to interact with other IoT devices in the SmartThings ecosystem, making your old Galaxy phones a true part of your smart home network.

As for which devices are currently supported, Samsung says it’s all Galaxy S, Note, and Z phones released from 2018 and up running Android 9+. More devices are said to have support in the future.