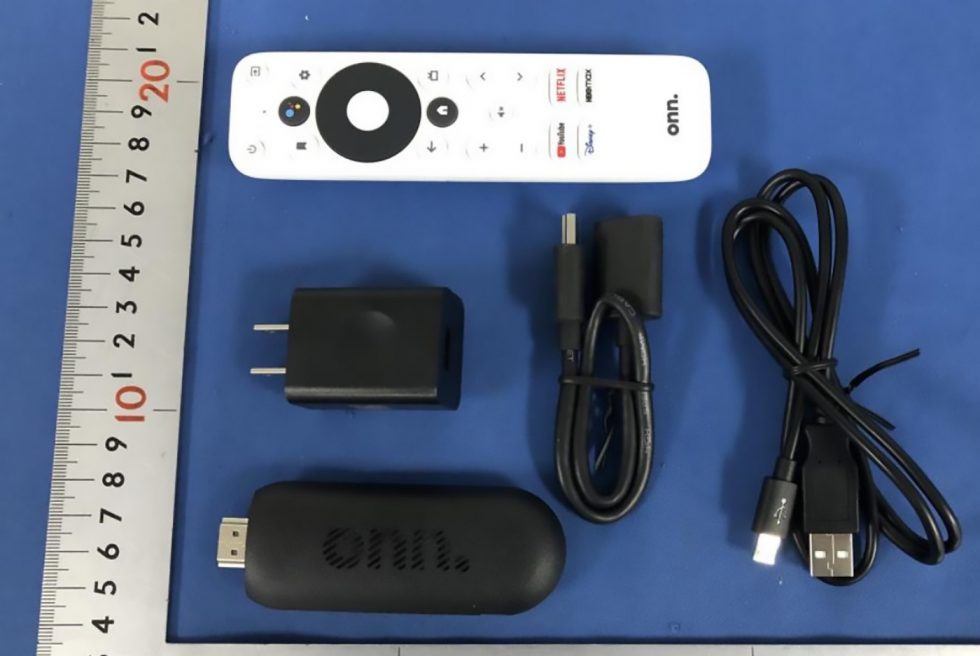 Walmart is preparing to release a new Android TV streaming stick under their onn. brand in the near future, according to an FCC listing. The product should launch with a reasonable price too, since that’s sort of the point of onn.

The FCC filings posted this week show a simple HDMI-dongle that would stick into the back of your TV, along with a remote that has quite the setup. Not only do you get the standard navigation buttons with d-pad, Walmart is adding power and input buttons, bookmark and settings buttons, volume and channel controls, Google Assistant, and shortcuts for Netflix, YouTube, Disney+, and HBO Max. This might be the best Android TV remote yet.

As for features, the user manual calls it the “onn. 2K Streaming Stick” and mentions Dolby Audio. Hopefully, you won’t mind not having 4K if you buy this.

We don’t yet know the price or when Walmart will launch this, but again, expect it to be affordable. The onn. brand makes cheap, affordable electronics, plus if Google’s Chromecast with Google TV only costs $50 for a similar setup, this thing will likely drop in around there if not lower.