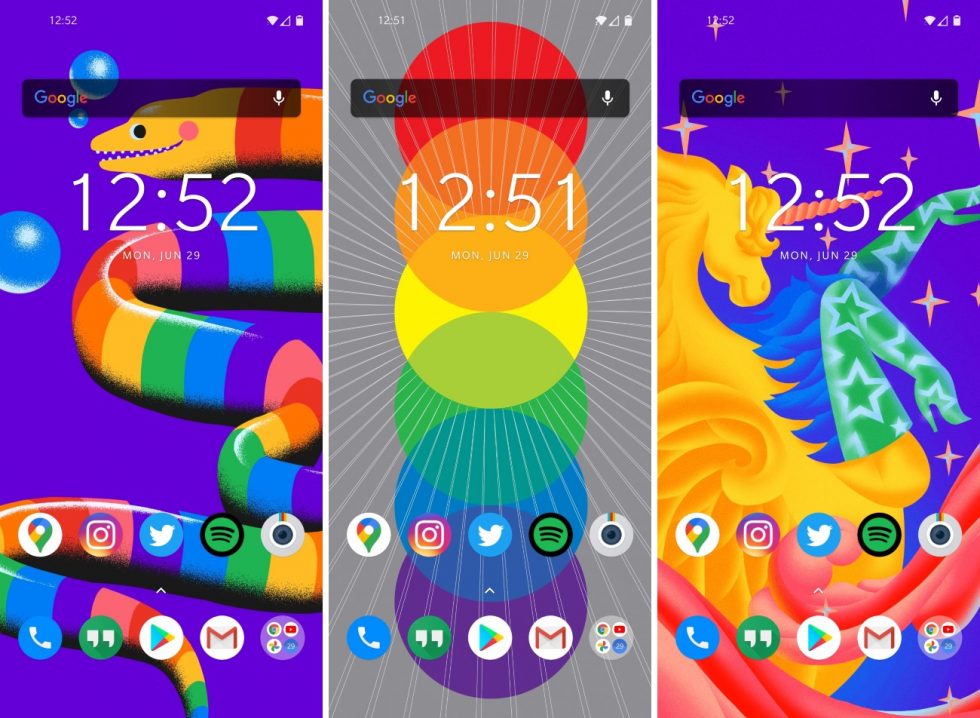 Google has released a set of wallpapers celebrating Pride Month, as well as new custom ringtones and notification sounds for Pixel owners.

To access these, simply open up Wallpapers app, then you’ll be greeted with an entirely new Pride section. There are 9 new wallpapers in total. As a heads up, you don’t need to have a Pixel to use these — just download the Wallpapers app from Google Play and you can use them, too.

To use the new sounds, you’ll need to access your Sounds menu on your Pixel device.

As you can see in the header image above, the wallpapers are pretty damn awesome, with lots of colorful imagery such as rainbow snakes and golden unicorns.

Update: Google released this album a couple of weeks ago, but we missed the news. Apologies.

In celebration of #PrideMonth, Pixel launched new Pride-themed wallpapers and partnered with LGBTQ+ artists and YouTube creators, such as, @cakesdakilla, @bigfreedia and many more on custom ringtones and notification sounds. #PrideMode pic.twitter.com/2YXljGJgWX