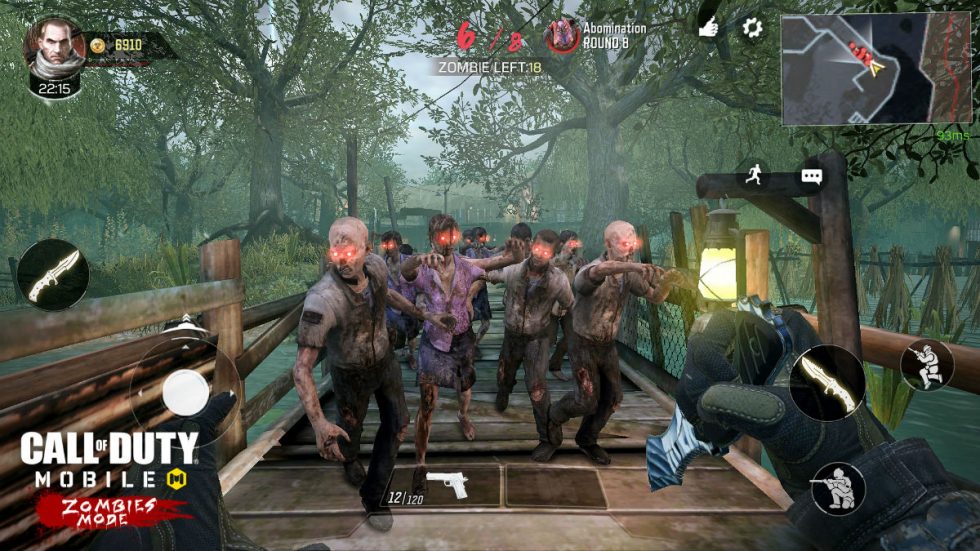 Zombies have arrived on Call of Duty: Mobile!

A limited time mode, Zombies is unlocked after reaching Level 5 in the game, bringing the classic Shi No Numa experience to those who have spent countless hours playing the mode on consoles.

There are a few changes to be aware of, though. According to the announcement post, players will earn rewards as they play, go up against some type of “Abomination” boss battle, play in different modes for the Zombies game type, and ultimately, hopefully kill thousands of zombies.

Zombies won’t be in the game forever, which seems odd to me, but go have some fun while it lasts.

Finally, the game has also added support for controllers.

As of launch, only official DUALSHOCK4 PlayStation 4 and official Xbox One controllers can be used to play Call of Duty: Mobile. All versions of official PS4 controllers except first generation controllers are supported.

Additional controller support may be available in future updates, but for now, players using a non-supported controller may experience issues with functionality.

If you have one of those controllers for use, this is great news. However, keep in mind that anyone playing with a controller will be matched into lobbies with other controller players. If you still only use native on-screen controls, you’ll only play against other on-screen control players.