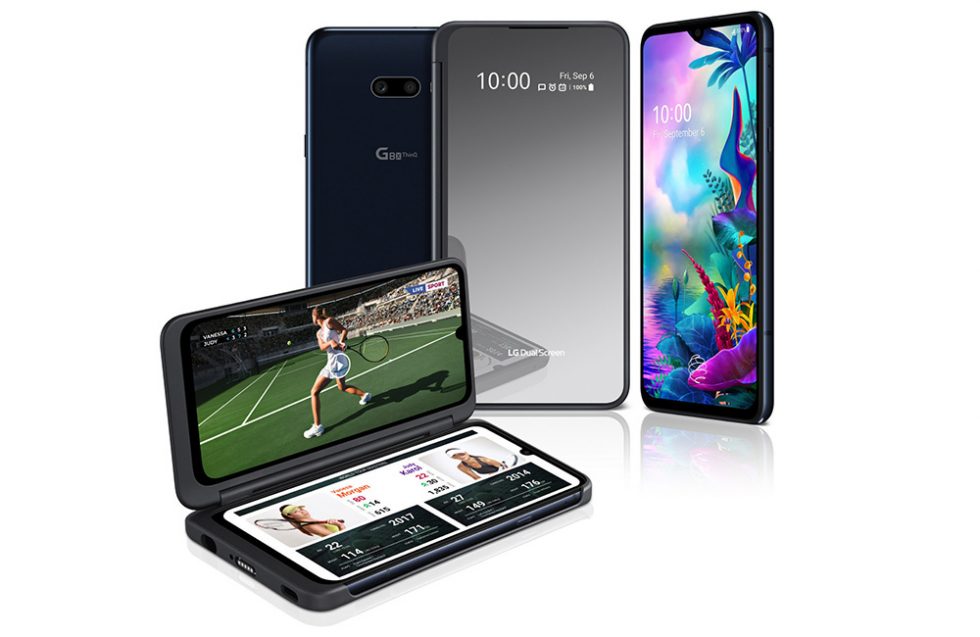 Back in September at IFA, LG announced a dual-screened phone called the LG G8X. At the time, they weren’t ready to share specific launch details for the US and left us wondering if the phone would come here at all. Today, they cleared that up by announcing November 1 availability at AT&T, Sprint, and Amazon.

To recap, the LG G8X is not a foldable, but is instead a phone that attaches to a case to inherit a secondary display. That secondary display is called LG Dual Screen (sold separately) and it doubles the screen real estate of the G8X. In fact, it’s the exact same screen type (OLED) and resolution (1080p) as the phone, so you get a matching experience between the two. Additionally, there is a small cover display that can show you notifications or incoming calls.

The major selling point of the G8X is that you don’t get all of the hell that is a fragile foldable (ahem, Galaxy Fold), yet you do get similar functionality. You can text away on one screen while watching video on the other. The secondary Dual Screen could act as a gamepad for video games. You get the idea.

Pre-orders open October 25 before the phone arrives November 1. AT&T has a deal where they’ll sell you a G8X for $10/mo for 30 months and give you the Dual Screen for free.