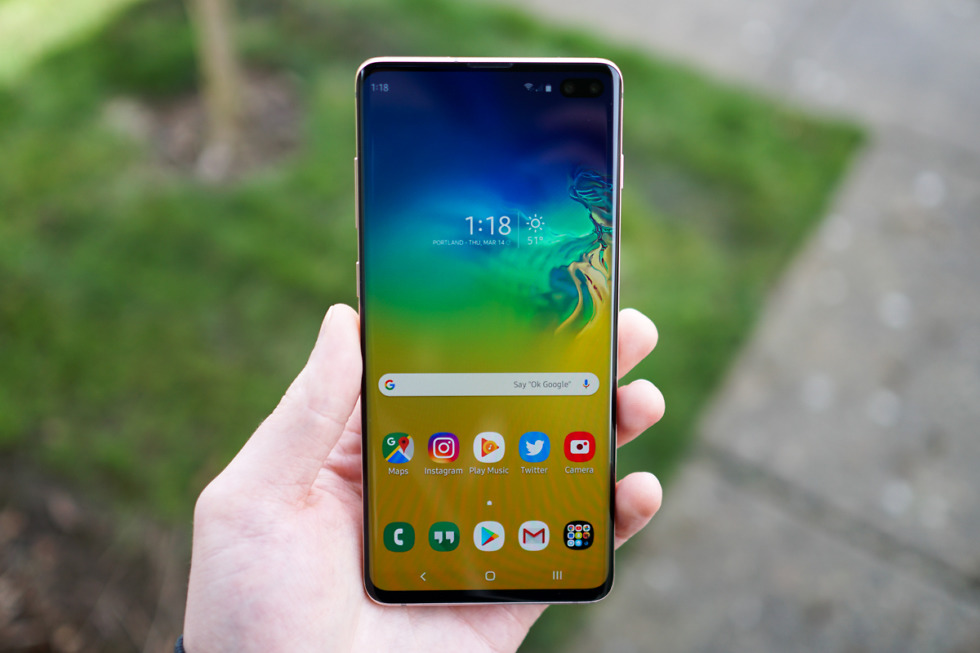 Update: Samsung has posted a US One UI 2 beta teaser, providing specific details for select Galaxy device owners. According to Samsung, owners of a Galaxy S10, S10+, or S10e with either AT&T, T-Mobile, and Unlocked variants will be able to access the beta via the One UI 2 Beta banner inside the Samsung Members app on the day the beta is released (likely later this month around SDC).

Samsung says it is speeding up to provide the most stable version, so things are starting to heat up. 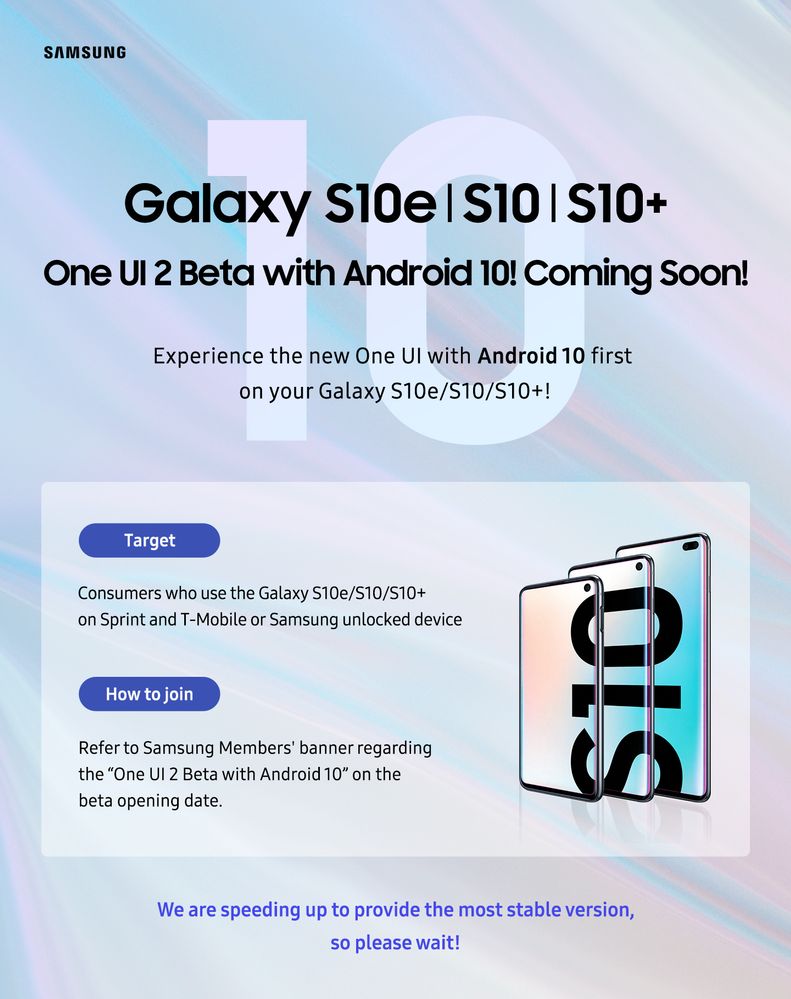 Thanks to a little graphic posted to a Samsung forum by the company and then shared to social media, we know for certain that Samsung’s update to One UI, known as One UI 2.0, is “coming soon” to the Galaxy S10 family in Korea.

For Korean owners of the Galaxy S10, Galaxy S10+, and Galaxy S10e, One UI 2.0 should roll out before the end of this month, at least according to the various latest reports from Korea. For US owners, our build shouldn’t be far behind, and we have a feeling we’ll be learning a lot more about One UI 2.0 at this month’s Samsung Developer Conference in San Jose, CA.

If Samsung does indeed start seeding Android 10 out to owners this month, we’ll be mightily impressed by the company’s newfound effort to make software updates a priority. 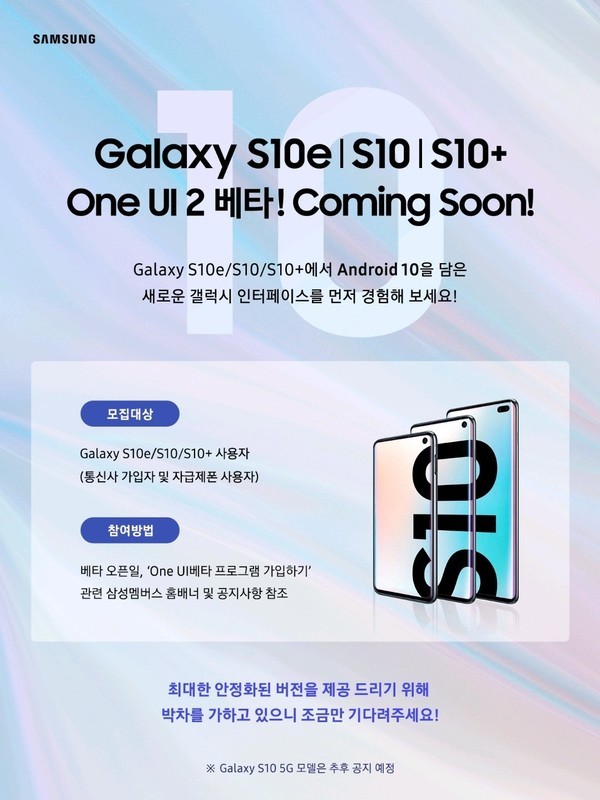