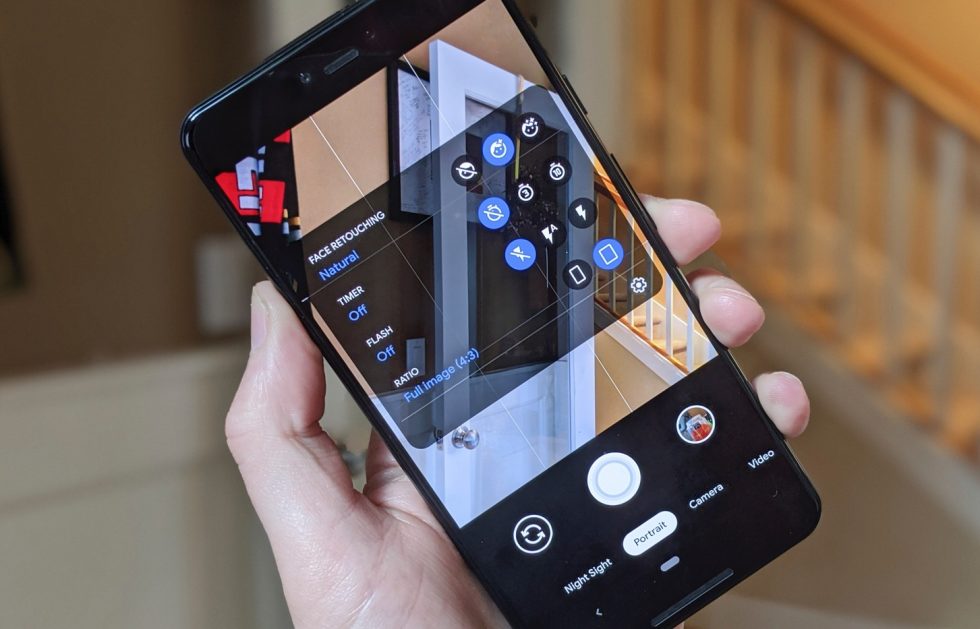 During that initial wave of Pixel 4 leaks in early September, a new Google Camera app surfaced with a refreshed UI, new features, and a jump in build number to 7.0. That wasn’t an officially released build and the app was a little buggy, but you may as well forget about the poor experience and grab a stable build that is going live now on Google Play this week as Google Camera 7.1.

Google Camera 7.1 features a new pop-over UI for the individual mode settings, a level meter to help you frame your shots, suggestions for better pictures (like moving away from subjects to pull a proper focus), and a quick share menu for pictures you just took through socials and messaging apps. There may even be the new astrophotography mode when you have Night Sight activated and you point your phone at the sky.

I’d tell you to run to Google Play this minute and grab the update, but it’s 2019 and Google would hate for us to all have fun together like we once did. Instead, I’m assuming this is a slow rollout aimed to hit full availability once they have announced the Pixel 4 next week. So yeah, you’ll probably not see this on your Pixel phone for weeks. Feel free to go find a place to sideload it, apk bros, gals, and pals, since that’s what we’re reduced to now in Android. Super secure and legit. Good times.