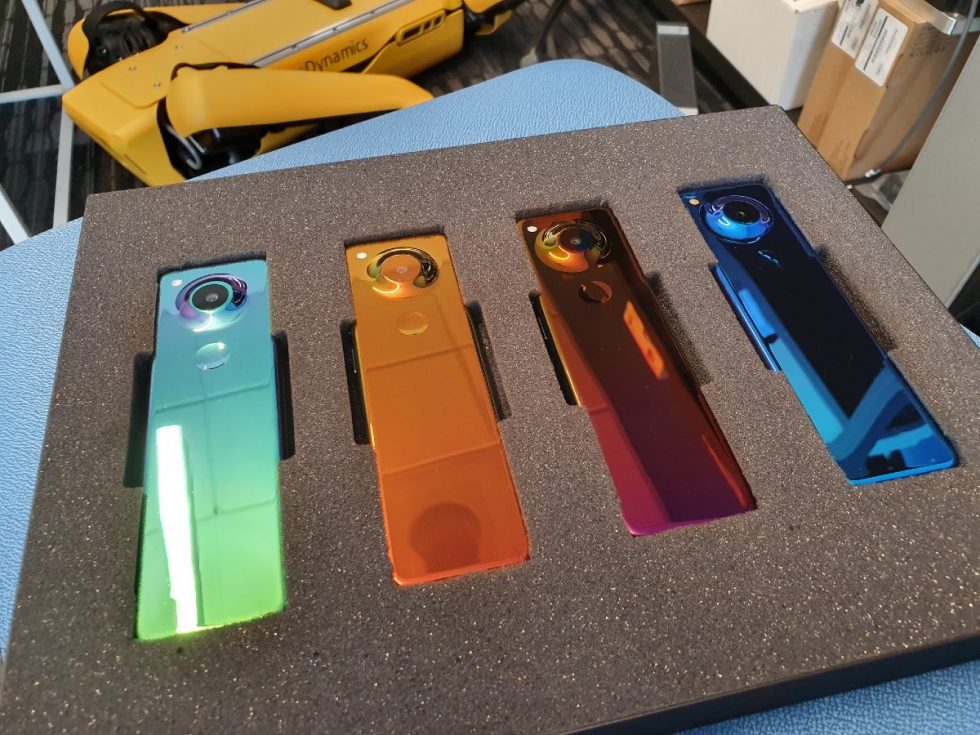 Today on Twitter, Andy Rubin showed off something, a device of some kind, one that he says sports a “radically different form factor.” You don’t have to be an expert to agree with that, because obviously, it’s certainly different.

Shaped like a long remote control you’d get with a TV, Rubin initially detailed the backside hardware of the device, mentioning that he was still dialing in the colors for this “GEM Colorshift” material. As you’ll see in the video below, the colors do shift quite a bit depending on what angle you view it from, like colors we’ve seen on other smartphones recently (Galaxy Note 10, Huawei Mate devices, etc.).

Maybe most interestingly is the brief look at the UI he showcases. Because the device is so long, the front display and the device’s UI is also elongated, stretching all the way from the top of the phone/device thing to its bottom bezel. We can see some map application is running, as well as Uber, a Calendar app, and a Weather app. We can also see a front-facing camera in the top left. 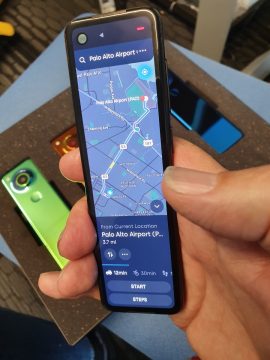 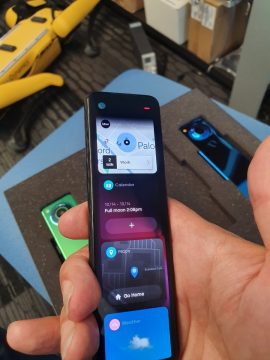 In a recent report from Bloomberg, it was noted that Essential was working on a new device, something the media initially labeled as the Essential Phone 2, but it wouldn’t exactly be a standalone smartphone and sequel to the original. Instead, the report said the device, “isn’t like a standard smartphone.”

According to the report, the phone is an AI phone that can respond to emails, book appointments, and send text messages on its own. Think of it more as a complimentary device to your primary phone, like an extension of sorts that can do certain tasks, most of which it can do all on its own.

Full transparency, we have no idea what this thing is and we can’t tell if we like it, but our interest has certainly been piqued. What do you think? Does it look cool?