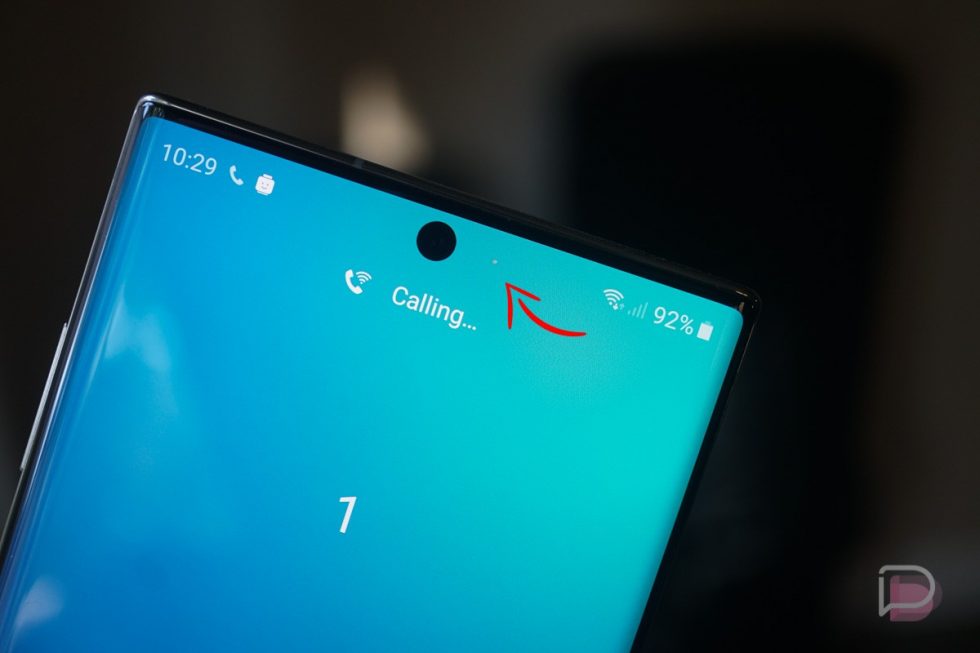 Over the weekend, we received an email from a concerned Galaxy Note 10 owner who noticed a blinking dot on their display near the top of the device. On the Note 10, it is situated on the right side of the front-facing camera. The owner of the device was worried that they had a phone with a dead pixel. Don’t worry, Note 10 owners! That’s perfectly normal!

That blinking dot you see is the phone’s proximity sensor and you’ll likely only ever notice it when you’re placing a phone call. When in a call, the light will blink and when covered (like when you hold the phone up to your ear), the phone knows via that sensor that it’s okay to power down the display while you’re talking on the phone.

The Galaxy S10 featured this same in-display proximity sensor, so this exact implementation is nothing new for Samsung and Galaxy devices.

There you go, nothing to fear!