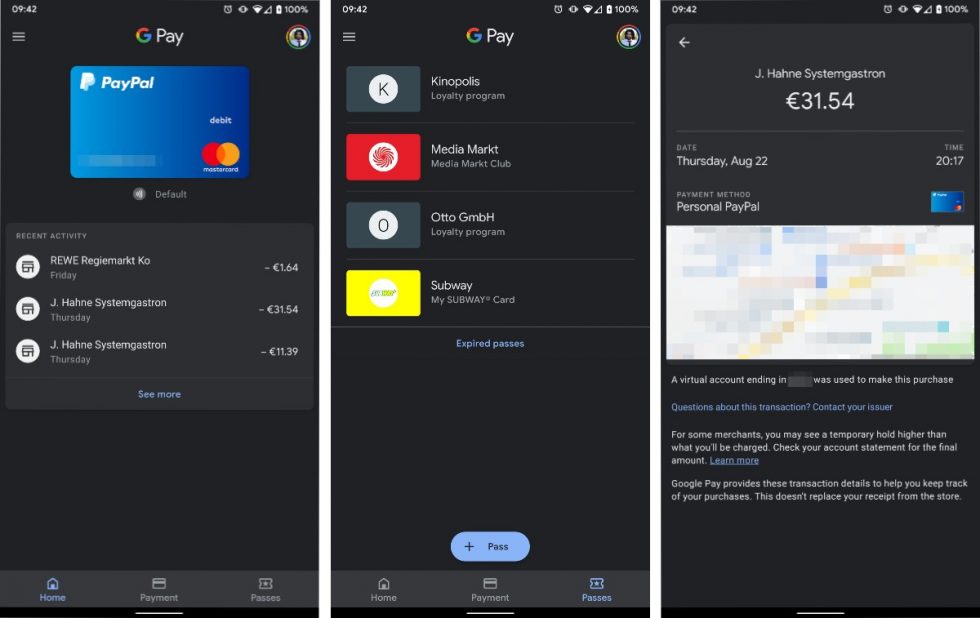 Over the weekend, screenshots of a Dark Mode-toting Google Pay were posted to the web, and since all other Google apps are receiving this mode in anticipation for Android 10, it seems like a safe bet to assume the screenshots are legit.

There isn’t too much to say about Dark Mode for Google Pay. Right now, like a lot of other Google apps, the app features a very white user interface. Once this feature rolls out to more folks, all of that white interface will go dark, which looks pretty clean.

Besides that, though, we assume all of the app’s features function the same exact way. It’s just darker.

Be on the lookout for this setting to hit your device at some point.