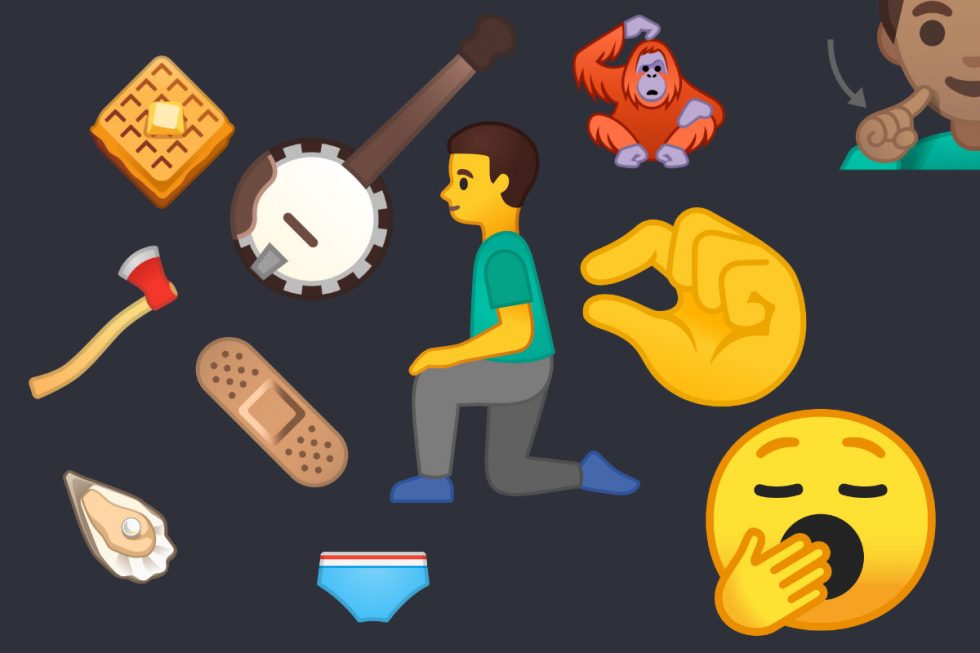 63 new emoji are supported in Android Q starting today, celebrating World Emoji Day. I’m not sure if this is a banks closed kind of holiday celebration, but there seems to be a special day for all sorts of things these days.

Anyway, the new emoji includes people of all skin tones kneeling (that’ll rile some people up), a banjo, a yawning face, a waffle, a pinching emoji for when my girlfriend is trying to embarrass me, underwear, as well as an axe.

Here are the highlights, as noted by Google.

A sloth for when you’re having a slow morning and running late but looking cute. An otter for when you need to tell your significant otter that they are otterly amazing. Garlic for when you need to fend off some vampires. A Diya lamp emoji for Diwali celebrations! Waffle emoji to let your friends know what you want for brunch. Service Dog emoji and Guide Dog emoji. Just two good bois.

…and support 53 gender inclusive designs of emojis that Unicode has not specified gender.

For example, the emoji for “police officer” is commonly shown as male and “person getting haircut” is female, which can reinforce gender stereotypes. With this update, emoji with no gender specified will default to a gender ambiguous design on Android—but you can still choose between male and female presentations if want to opt into a gender.

You’ll see all of these new emoji with the launch of Android Q later this year. If you’re already on Android Q via the Android Beta Program, you’ll have them today!