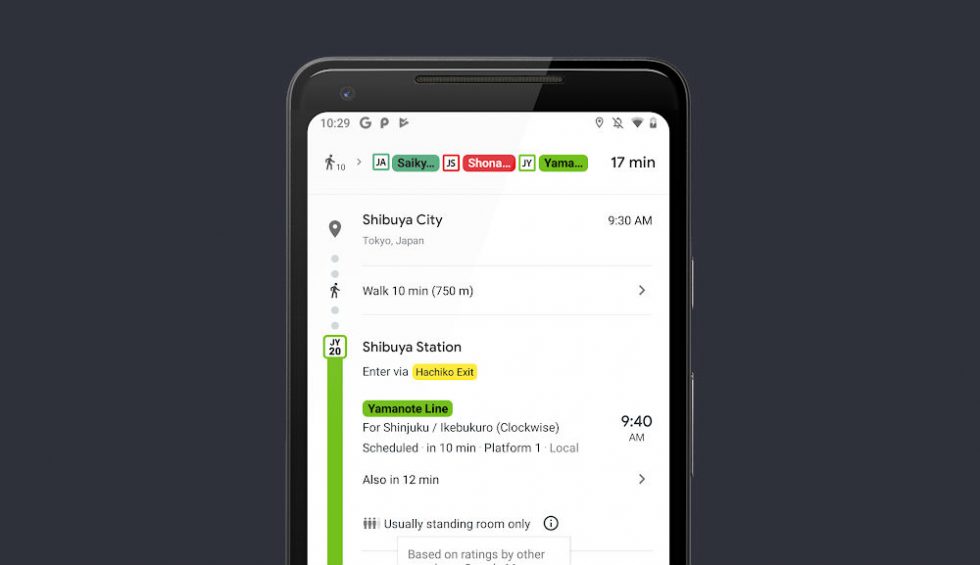 Both are pretty self explanatory, but just in case, let’s go over it. As Google explains in its announcement, users will now be able to see if a bus will be late, how long the delay will be, and more accurate travel times based on live traffic conditions along a route. Google says, “You’ll also see exactly where the delays are on the map so you know what to expect before you even hop on your bus.”

As someone who hates crowds, the next feature is what has me excited, that being the crowdedness predictions.

We’re introducing transit crowdedness predictions so you can see how crowded your bus, train or subway is likely to be based on past rides. Now you can make an informed decision about whether or not you want to squeeze on, or wait a few more minutes for a vehicle where you’re more likely to snag a seat.

Both of these features are available today in Google Maps.