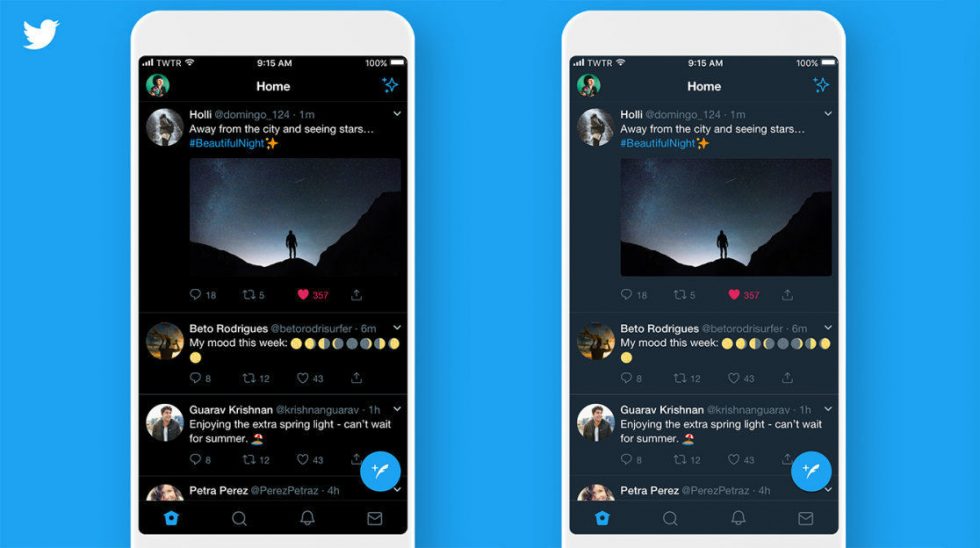 Over on iOS, Twitter has a prototype app that it uses to experiment with new features called twttr. This week, a few new features have gone live, which has us hoping they could be seen down the road on public versions of the app.

One major change of note is a new “swipe to like” experience. When enabled, the user has the ability to like a tweet by swiping right-to-left in conversation view. In addition, a new threaded look for conversations is being utilized, which Twitter says will, “make conversations easier to understand.”

On top of that, the “true” Dark Mode UI is being tested, otherwise known as Lights Out, differing from the current dark blue night theme it currently employs.

Other features being tested include new labels for the original author and people you follow, as well as profile previews.

There’s no telling when these changes will come for the public, but if I had the power, I’d be shipping out that Dark Mode immediately. Testing be damned.

Our prototype app, twttr, has been live for 30 days. We’ve learned some things! We are constantly making improvements based on your feedback (see below), so keep reading this thread to see the new features we’re adding today. #LetsHaveAConvo https://t.co/0isBWWnEJ6