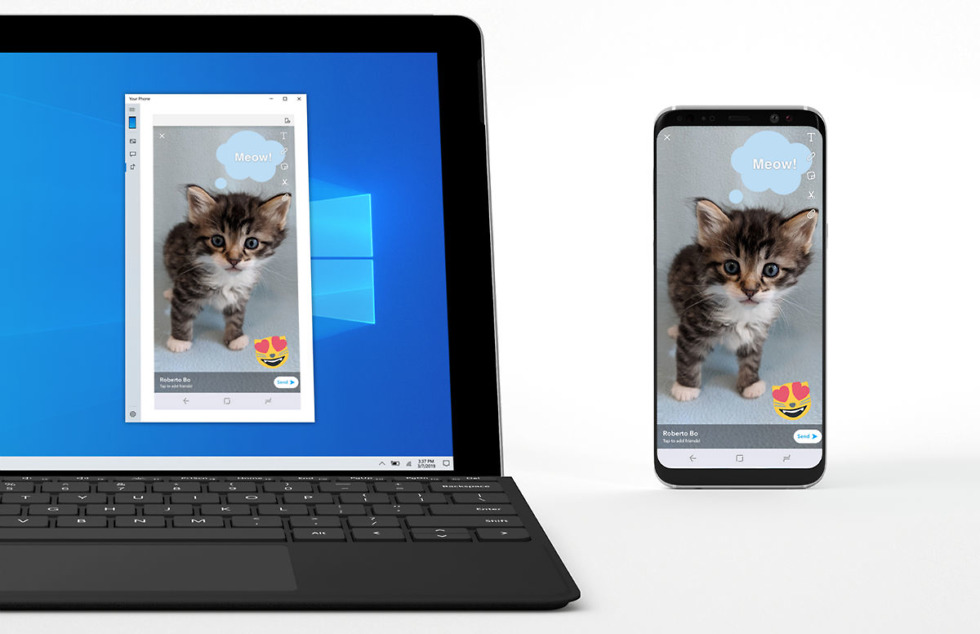 This feature allows you to run all of your phone’s apps from the comfort of your Windows 10 machine, though, there are a few known issues listed. According to the list, touch input doesn’t work yet, there is no audio link between the Android phone and Windows device, and some apps/games do not support mouse interactions (e.g. Pokémon Go, Merge Dragons, Feedly).

As for which Android devices are currently supported, we only see Galaxy S8/S8+ and Galaxy S9/S9+ listed. That list can still grow. And if you’re curious about which Windows machines will support this, here’s your answer.

The new phone screen feature is initially only compatible with a limited set of devices. Surface Go will be the first device in the Surface lineup to preview this feature. We will continue to expand the list of devices over time for both the PC and phone.